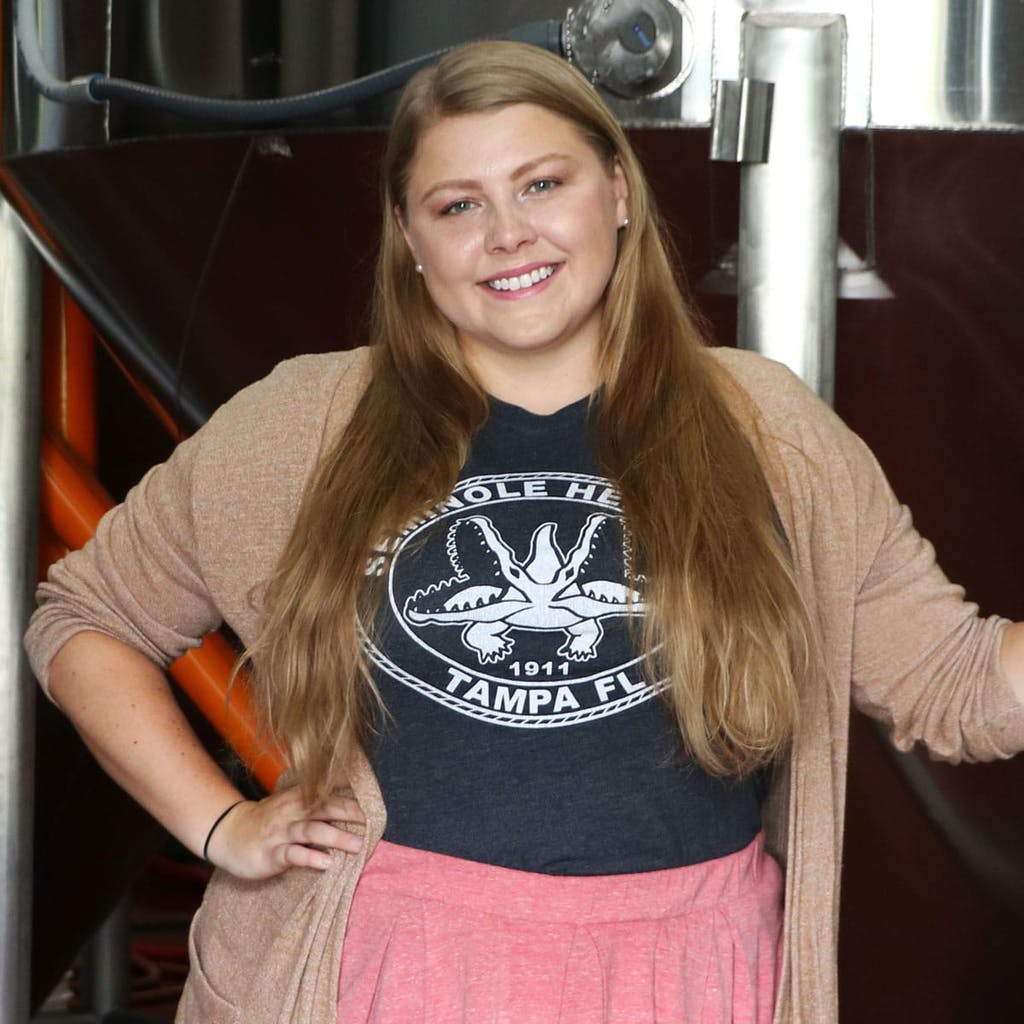 A lot of our customers already know Ami. She’s been slinging beers here since we opened our doors in Seminole Heights in 2016. Typically, you’ll find her behind the bar or in the brewery pulling samples for quality control tests. She’s a Microbiologist and Advanced Cicerone with five years in the brewing industry. In addition to that she’s a beer judge and is Siebel Institute sensory trained. When she’s not at Brew Bus she’s traveling and enjoying the hunt for good beer in far-away places.

Where do you most look forward to grabbing a beer after Coronavirus is over?
Most definitely an airport bar because that signals the beginning of a new adventure.

Coolest brewery you’ve ever visited?
Marston’s Brewery in Burton-upon-Trent, UK. They have one of the only operating Burton Union systems in the world and it was really interesting to see it in action while nerding out over brewing history.

How did you become interested in craft beer?
I became interested in craft beer in college after backpacking in Europe (2007/2008). I fell in love with the variety of beer that I came across in each country and realised that while the imports were good, they were not as fresh here in the States. So, I turned to craft beer because at the time craft brewers were putting out their own versions of classic styles and those fit my needs. From there I started exploring breweries in the Pacific Northwest (where half of my family lives) while also enjoying the burgeoning Tampa beer scene. My degree (Microbiology) got me interested in fermentation science and I started home brewing with friends before falling into the beer industry.

What breweries/beer experiences are on your bucket list?
A road trip around Belgium to visit Trappist breweries, exploring some of lesser known beer cities in Germany, and visiting Kent for the hop harvest. As far as breweries are concerned, I’d really love to visit Allagash Brewing Company, Jester King Brewery, and Bräustüberl Weihenstephan in the future.