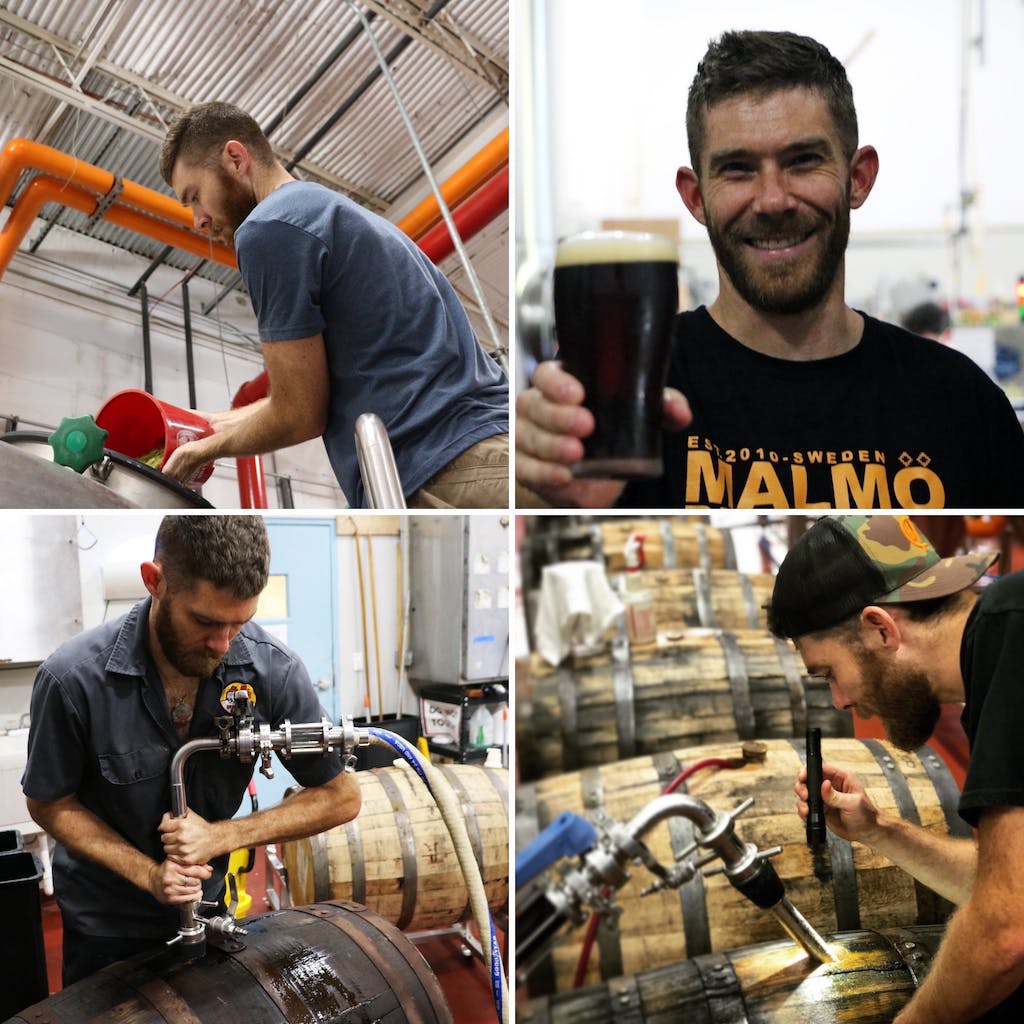 We talk a lot about our beer but we rarely get a chance to talk about the folks behind the scenes who put grain to glass. Kevin Butler is our longest tenured employee and is the Head Brewer for Brew Bus Brewing and our sister brewery Florida Avenue Brewing Co. Kevin’s a six-year veteran of the US Navy and served in Afghanistan. He oversees all beer production, recipe approval, packaging, logistics, QA/QC and equipment maintenance. Like many in this industry he started brewing as a hobby which years later morphed into a full time job.

What beer got you into craft beer? Can’t name one specifically but when I first turned 21 I walked into a liquor store and did a “build your own six-pack” that consisted of some German imports and a couple beers from Rogue. Really opened my eyes to what beer should be.

Favorite thing to do when you aren’t brewing? Boating, fishing, biking, spending time with people I love.