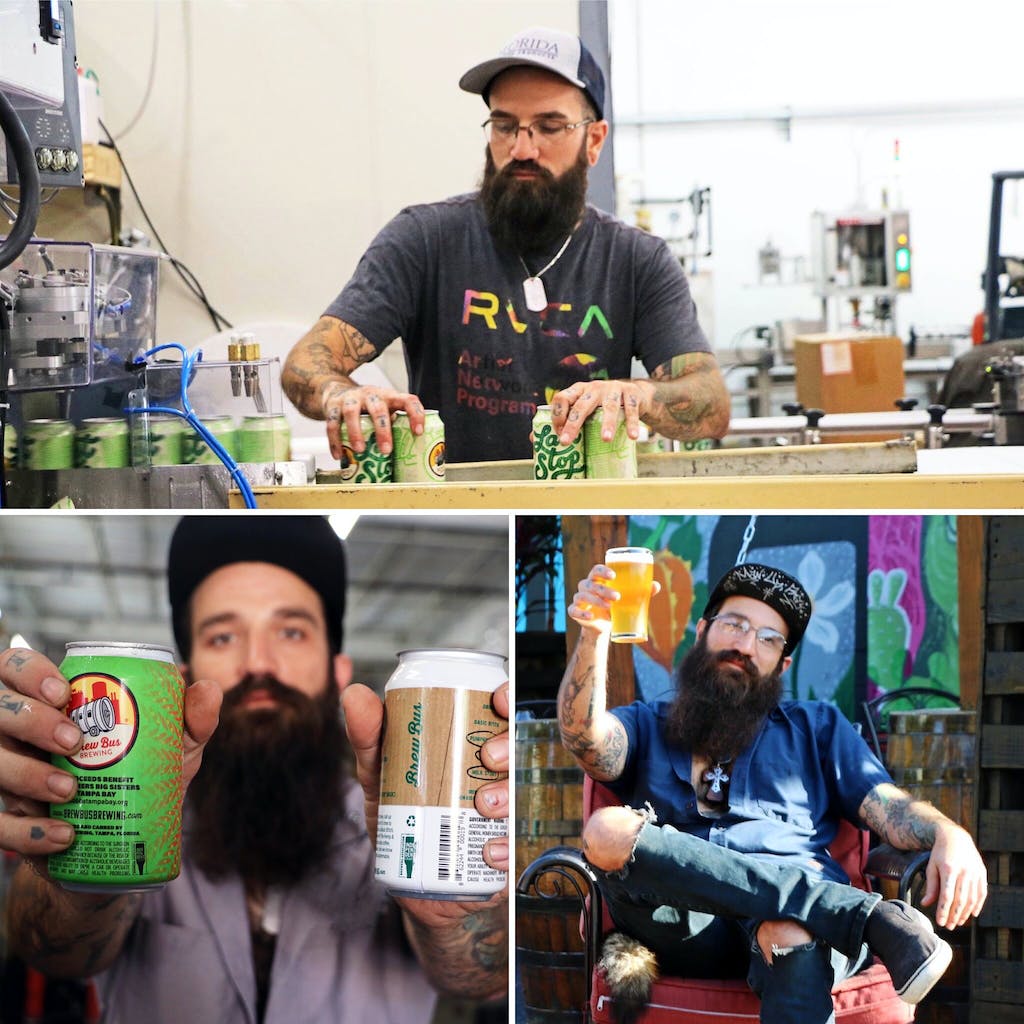 Vinny Lima is our Packaging Lead and has been with us since March 2018. First things first though, let’s all congratulate him on his upcoming wedding which is just a month away on 7/11/20!! Vinny’s our Mr. Fix-It and has been tinkering with anything with a motor since he was a kid. He fixes cars, motorcycles, and anything that can break in a brewery. Let’s get to know him a little better.

What do you like to do when you aren’t at Brew Bus?
Fish and hang out with the COOLEST 4 almost 5yr old you’ve ever met. My daughter Amelia!

How did you get started working in the beer industry?
I had just moved back to Florida after working in a lumber yard in Maine doing logistics and maintenance. I stopped by Cigar City Brewing and put an application in with Ole’ Uncle Larry and because of my mechanical skills I started the next day in packaging working my way up to doing small projects and doing logistics. I did a 4 year stint at Cigar City and made my way over to Brew Bus Brewing and have been running the canning line, doing logistics, and maintenance for over 2yrs with them now.