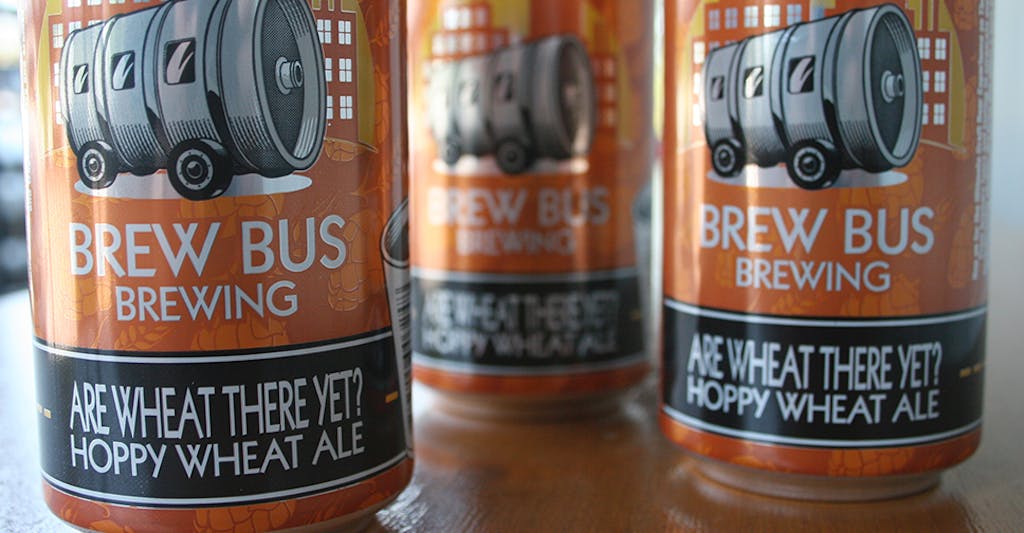 The Story of a Hoppy Wheat Ale

Some of man’s greatest inventions were a mistake. Penicillin, potato chips, and the slinky are all inventions discovered unintentionally. I think it was Napolean that said “There is no such thing as an accident; it is fate misnamed.” You can go ahead and add our hoppy wheat ale Are Wheat There Yet? to the list.

Summer beer recipes are mandatory for any Florida brewery’s arsenal… plus it’s the perfect beer for a beer-mosa. Our President Anthony really loves beer-mosas. For his birthday we bought him a beer helmet and filled it with beer-mosa. We even wrote a letter to the Florida Department of Health to recognize the beer-mosa as part of a healthy balanced breakfast. We’re still waiting for their response. In all seriousness you should try it, it’s delicious.

In one of our first test batches we did with the help of our friends at Cigar City Brewing, one of the cellermen mistakenly dry hopped a batch of beer that he thought was Jai Alai IPA. The result was an amazing blend of our experimental wheat beer and a bouquet of hops that was too good to label as an accident. We changed nothing about the recipe and now brew it seasonally from May-September every year. Our fans say it’s crisp and refreshing but we think you should try it for yourself.

We began bottling it in early 2012 for the world to enjoy.

In 2013 we introduced our first generation of cans.

In 2015 we began to make our beer at Brew Hub and starting using these awesome new cans.