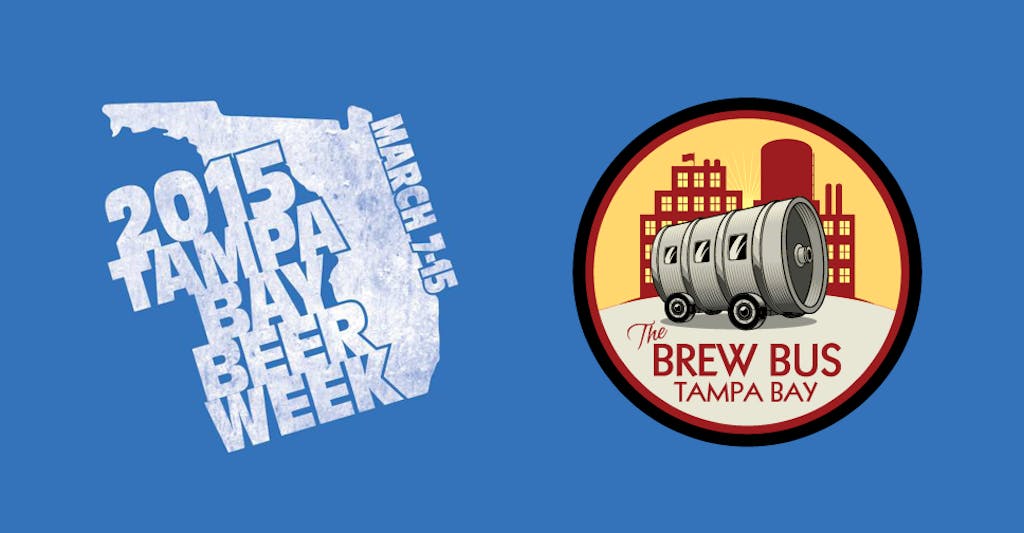 Every March, thousands of locals and tourists come to the Tampa Bay area to take part in Tampa Bay Beer Week. The 9 day festival features over 250 events. Last year The Brew Bus completed 25 public and private tours and this year will be even bigger.

Shuttles will continually be looping back and forth between Coppertail Brewing and Pour House from 6-8 pm. Celebrate the grand opening of Coppertail’s new tasting room.

Both tours will last 5 hours and are at a special price of $30, which includes round trip transportation and two Brew Bus Brewing craft beers on board. Click here to book your seat.

Pre-game with us before the Best Florida Beer Championship Brewer’s Ball. From 10:30-2:30 we will be doing a tap takeover at Ella’s Americana Folk Art Café. We’ll be featuring Last Stop IPA, Rollin Dirty, Double Decker, plus a Vanilla Rollin Dirty and our Peach IPA.

Rollin Dirty has placed in the Irish Red Ale category so you better believe we’ll be there.

Thu. 3/12: Sausage Fest at The Epicurean

Find us pouring at the Epicurean Hotel’s Sausage Fest. Hang out by the pool to enjoy pairings of sausage and local beer. There’s going to be a beer-belly flop competition. Get your tickets here.

Peg’s Cantina and Cycle Brewing are throwing an all day event on Friday the 13th which includes a bottle release, souvenir glass and open pours for the whole event at Peg’s. Bus leaves from Cigar City Brewing at 11 am, event starts at noon. The bus returns when the party ends at 4pm. Shuttle tickets are only $25 and includes round trip transportation and two Brew Bus Brewing craft beers on-board.

The second annual Foeder for Thought event is a celebration of oak fermented beer. Taste from over 15 breweries. Shuttle leaves from Cigar City Brewing in Tampa at 4pm. The roundtrip shuttle is only $25 and includes two Brew Bus Brewing craft beers on board.

It only comes once a year. If you’re lucky enough to have tickets to the event, find us pouring Pecan Bourbon Rollin Dirty and the elusive Chocolate Wasted Hazelnut Spread Porter.

It’s happening again! This year will be the 3rd annual Hunahpu’s Hangover Day at 7venth Sun Brewery, a celebration of wood and barrel-aged beer. The roundtrip Brew Bus shuttle ride leaves from Cigar City Brewing in Tampa at 11am for only $25 which includes 2 complimentary Brew Bus Brewing craft beers on board.

Click here for tickets on any Brew Bus ride