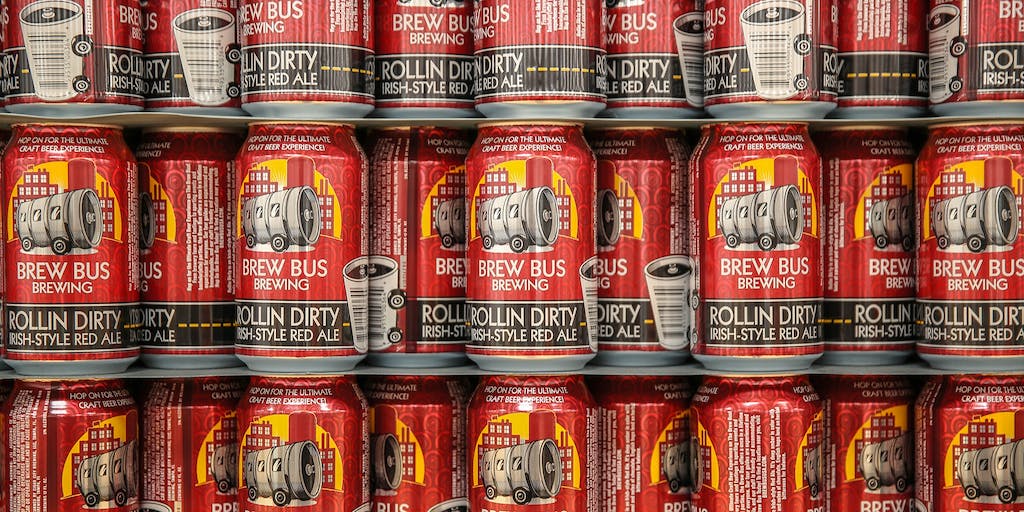 It may be an American tradition to dye light lagers green in celebration of St. Patrick, but brewing beer on the Emerald Island has a deep history that most Americans probably don’t know about. Porters, Stouts and our favorite, the Irish Red all have deep roots here. In fact, various styles of beer and ale have been made in Ireland since the Viking Age.

Ireland as you probably know, is an island. It’s pretty difficult to access too. Because of that, hops were rarely imported before the 1750’s. Instead, brewers would use other herbs that were available on the island. This greatly impacted the types of beer produced on the island to focus on malts as the star of the show.

The rarity of hops in early times can help to explain why malt-forward beers where ubiquitous at first, and once hops began to be imported the Irish continued to produce malt heavy beers. That’s partly because hops were never desired as a flavoring ingredient in beer. Back then, hops were simply a means to preserve a beer overtime and add some balance.

It’s All About Water

The water in Ireland may have played the biggest role in the development of their classic beer styles. After experimentation, the Irish realized beer brewed with dark malts was most palatable. We know now that’s because the dark malts can bring the pH level of water down to a more desirable level. Water on the island is highly alkaline which means that it’s rich in compounds like calcium, potassium, and bicarbonate. These minerals in excess aren’t ideal for brewing. Using lightly roasted malts in these conditions would make a beer too high on the pH scale resulting in something harsh and undrinkable.

Porters and Stouts have long been synonymous with Ireland, and both styles have a confusing history of their own. In fact, Guinness Extra Stout was first labeled as an ‘Extra Superior Porter’. Porter and Stout have since developed their own identities, at first however Stout usually was used to describe Porters that were higher in alcohol and used a specific type of malt called black patent malt. In Ireland, Stouts account for approximately 30% of beer sold. In the United States, Porters and Stouts make up less than 1% of the craft segment.

The slightly less popular cousin, the Irish Red Ale has an even older history than Porter or Stout being cited in literature as early as the 8th century. Rollin’ Dirty is our interpretation of the style where we created slightly sweet, malt forward beer with notes of toffee and caramel and hints of chocolate and a light herbal finish achieved with English hops. Ironically, more Irish Red Ales are produced in the United States than in Ireland where only 6% of beer sold is Ale.