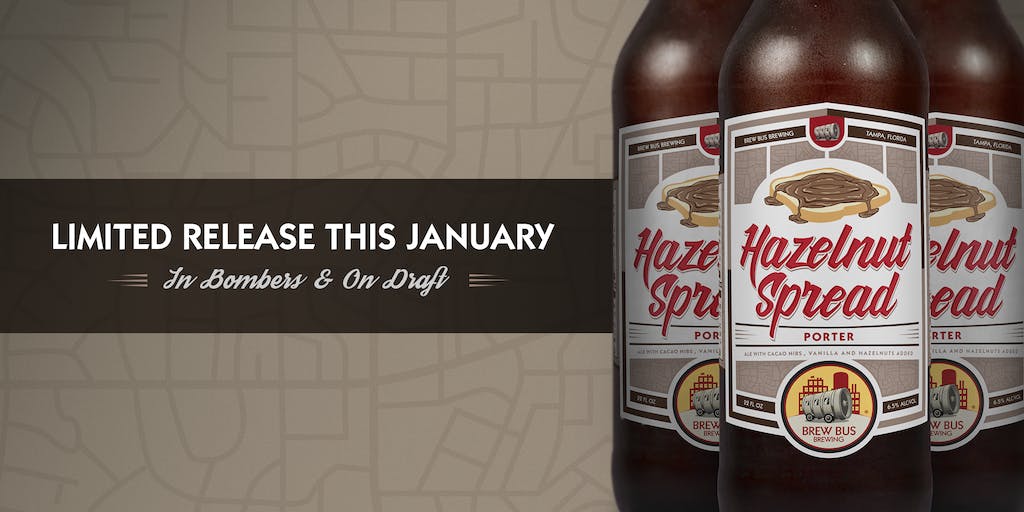 We introduced this beer to the world on International Nutella Day last February and again on Hunahpu’s Day 2015 in March. Ever since then our fans haven’t stopped asking when the next batch is coming out.  We’re excited to announce that Hazelnut Spread Porter will be our first ever bottle release! Starting this January, the beer will be available at local craft beer bottle shops and on draft at a select few bars across the state for a limited time. Release parties happening all across the state:

Join Us at one of our release parties: