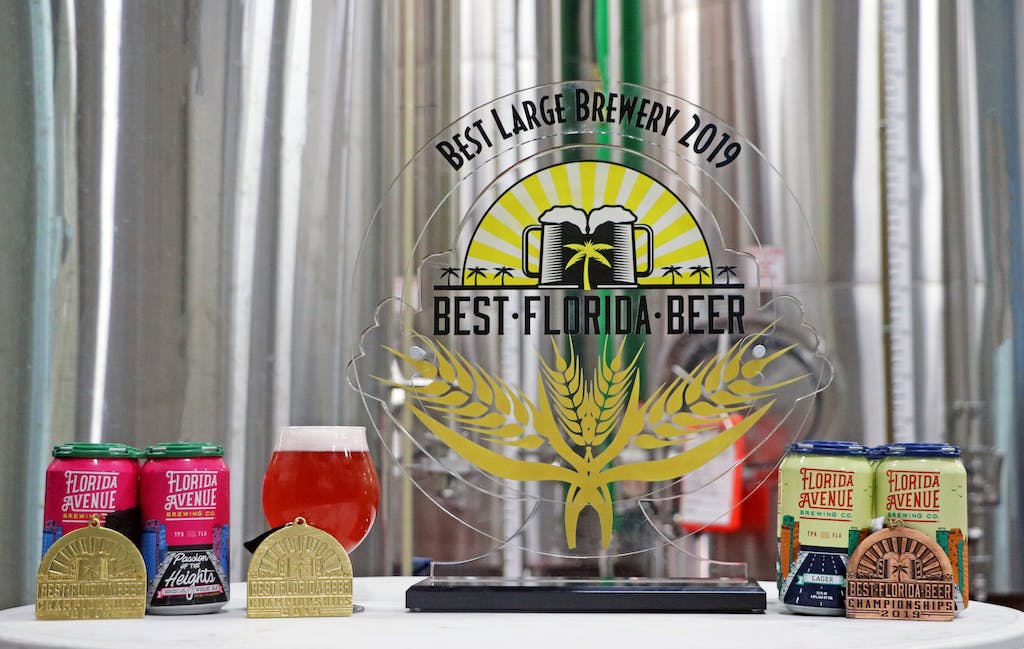 Florida Avenue Brewing Co. is proud to announce its designation as Best Large Brewery in the 2019 Best Florida Beer Championship, the largest annual competition of its kind in the state of Florida. The competition which is held every year during Tampa Bay Beer Week boasts a highly regarded judging panel made up of industry professionals throughout the state. The Best Large Brewery designation is determined by ranking each large batch brewery based on how many medals it received and assigning a point value to gold, silver and bronze medals.

“All of us at Florida Ave Brewing Co. are thrilled to be recognized for the beer we are producing,” said Anthony Derby, CEO of Florida Avenue Brewing Co. and its sister company Brew Bus Brewing. “The quality of beer coming out of the state of Florida gets better and better every year and simply being listed among so many other amazing breweries is truly humbling. The pressure is on to keep getting better and to continue to innovate. It really is a collaborative effort between the brewing community in Tampa as well as throughout the state. We’re all friends, we’re drinking buddies. When one brewery does well, we all do well.”